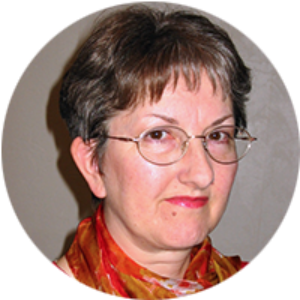 Ann Farmer is a writer, poet, illustrator and researcher. She has authored Language of Life: Christians Facing the Abortion Challenge (1994), Prophets & Priests: the hidden face of the birth control movement (2002), By Their Fruits: eugenics, population control, and the abortion campaign (2008), The Five Wounds (2012) and Chesterton and the Jews: Friend, Critic, Defender (2015); she is also the author of a chapter in Swimming Against the Tide: Feminist Dissent on the Issue of Abortion edited by Angela Kennedy (1997).

She has written for various Catholic journals and is a contributor to The Conservative Woman, Mercatornet and The Imaginative Conservative. For many years she contributed homilies, articles and cartoons to Redemptorist Publications, and research for the Society for the Protection of Unborn Children.

Ann lives in Woodford Green in the UK. She and her husband have three children and five grandchildren.